The early am fire was discovered by a passerby who noticed the flames shortly after 3:30 a.m. and called 911

In his home about 75 feet away, Esch awoke to hear the crackling of the blaze. As soon as he exited, he heard the fire siren.

The herd of dairy cows was outside in the pasture overnight, so they were safe, Diener said. Esch rescued several horses from the barn before firefighters arrived. They also were not hurt.

A deputy fire chief called for a second alarm as soon as he walked out of his house to go to the fire, Diener said. By the time firefighters reached the 75-by-120-foot barn, flames filled its second floor.

Crews set up two fill sites for water, one on Pond Road and one at a homestead a quarter of a mile away.

Firefighters mounted an exterior defensive attack, simultaneously spraying the fire with six to eight hose lines. There were no other buildings nearby threatened by the fire.

Firefighters could not drive a ladder truck to the barn because the lane was too narrow between buildings, Diener said.

Over 100 firefighters brought the blaze under control at 4:26 a.m. Some of them stayed the entire rest of the morning to oversee cleanup.

Martin Mulch Products, of Ephrata, provided a trackhoe to pull off the burned remains of the top of the barn.

Hay balers and wagons and a large freezer trailer were destroyed, as well as a small amount of hay.

“The main structure was destroyed,” Diener said. “We did protect the diesel room. That’s what’s worth the most money on a dairy farm, and the milkhouse was partially saved.”

An eight-inch, 12-volt circular fan hooked to a battery sparked the fire, according to Trooper Dustin Shireman, a state police fire marshal who investigated the blaze. 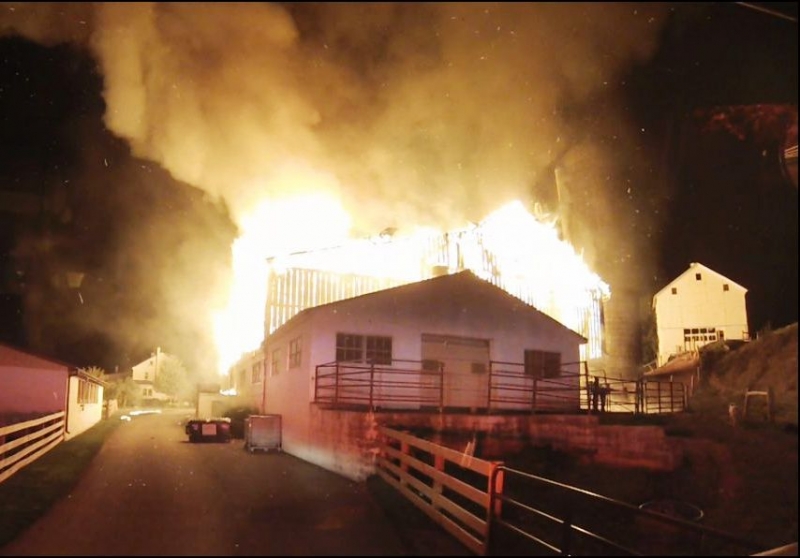 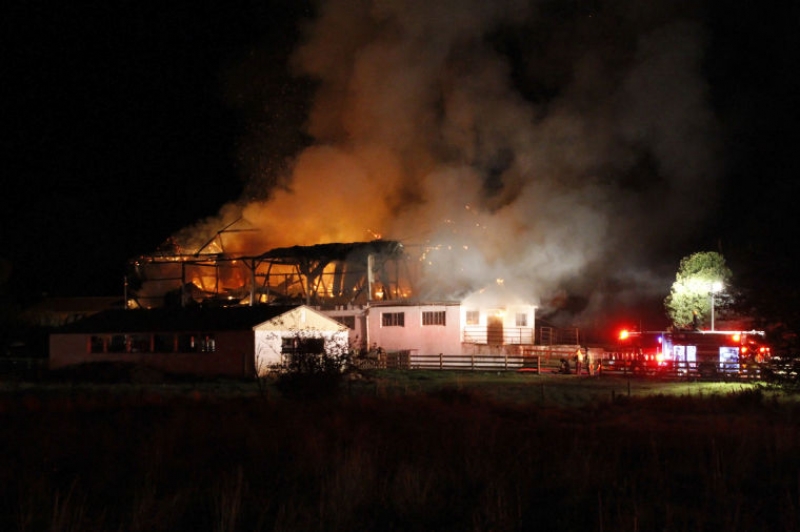 Help Us Help You!

This message is only visible to admins:
Problem displaying Facebook posts.

Error: This Page access token belongs to a Page that has been deleted.
Type: OAuthException
Code: 190